How I Designed Istanbul in One Day

The city is a scene both public and political. This is exactly why architecture is instrumental to potency: architecture is mediated to present ideological discourses and bring them into being. Yet, for centralized and local authorities, architectural-political practices are both the tool and the result. Large-scale projects—in other words, the urban/spatial “signatures” by mechanisms of power—become representations, witnesses, and narrators of their time, acquiring monumentality that lasts even after they vanish.

Istanbul, the most important center of public life during the Ottoman period and Republican era of Turkey, has always been the main stage of potency. Therefore, one can examine the dynamics of legitimizing “mega-projects” in Istanbul from the same point of view that regards similar large-scale and controversial plans designed for cities such as New York, Paris, or Berlin. It is the lack of multiple actors/agents that renders the planning decisions of Istanbul even more problematic within the architectural-political conjuncture.

Almost all the projects occupying Istanbul’s contemporary urban agenda are generated by members of central authority in the manner of “because I said so”. The experiences and approaches of experts and, more importantly, urban dwellers are neglected during the course of development from the critical phase all the way to the phase of application/construction. Various actors, who ought to be part of the production and management processes of the projects, are left isolated and rendered ineffective as relevant information is kept hidden. In short, all final decisions concerning Istanbul are triggered with the haste and sharpness of a single “press of the button”.

In Istanbul (where it has become the norm to carry out necessary public services without the consultancy of planners, designers, sociologists, analysts, economists, or other field experts), urban landowners and dwellers are unavoidably denied their right to be involved in urban planning processes. “How I Designed Istanbul in One Day” emphasizes urban dwellers’ right to express their opinions on the built environment and examines the necessity of their involvement in urban transformation dynamics through a different scale.

From traffic lights that clog already operating crossroads to the selection of pavement stones that are worn out as fast as they are renewed, from the planning of park walking paths with no regard for comfort or habit to urban furnishings that only allow controlled public behavior, from street obstacles that hinder the passage not only of cars but also of wheelchairs to the proposal for investing taxpayer money to plant tulips alongside highways—this project points to the fact that individual urban dwellers are in no way involved in planning processes even regarding urban public spaces. Taking place in Istanbul, a city where major urban transformation and renewal projects (like a third Bosporus bridge, a new civic demonstration space on the sea or a questionable pedestrianization plan for the city’s most valuable public square) are administered through processes that exclude people who actually “use” the city, the project tries to set a new point of discourse to make the field of urban planning overt. 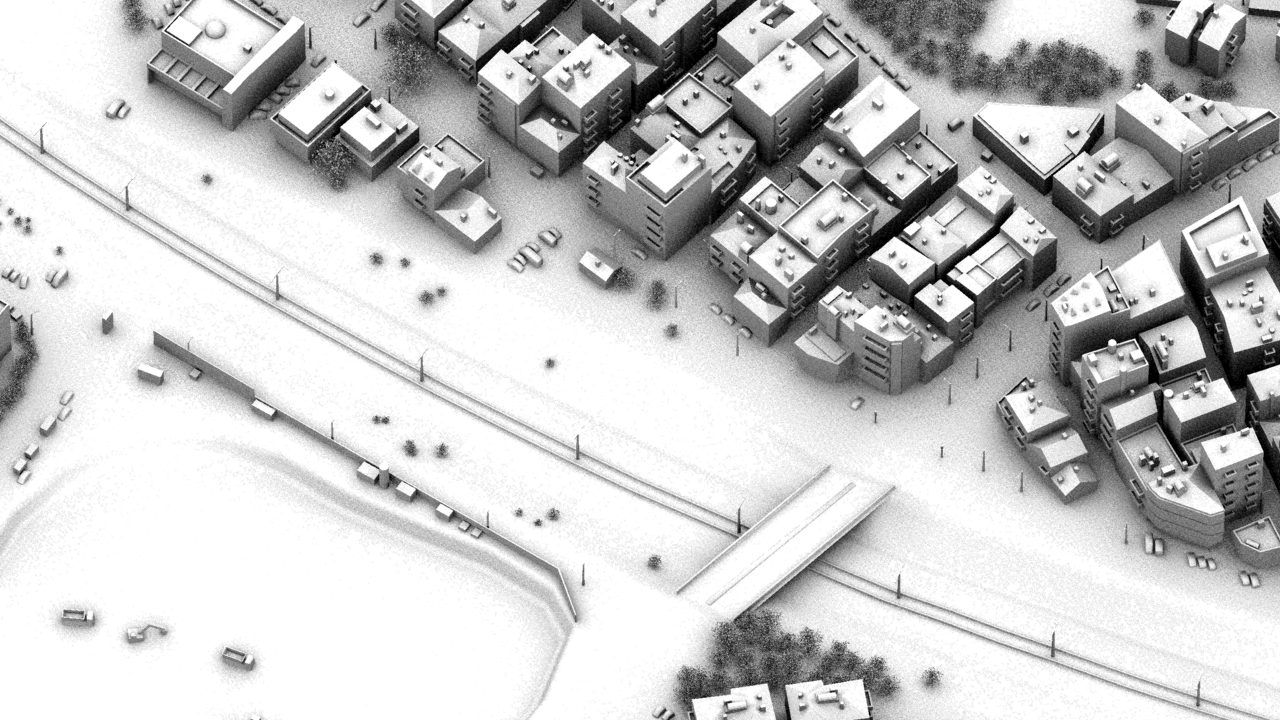 “How I Designed Istanbul in One Day” suggests that the democratic route concerning decisions on major urban projects is not even exerted for urban interventions that are incomparable in scale. The project presents its case by depicting the fact that every production is an inevitable destruction, as it showcases the “controlled demolition” of urban fittings. An ordinary traffic light, a paved walking path in a park, and tulips planted along the embankment of a highway are blown to shreds after a short countdown, with a single push of a button. The subject of this film is the destruction caused by “godlike” actors whose sudden, solitary actions are considered legitimate to consolidate their potency and to construct their ideologies.

“How I Designed Istanbul in One Day” consists of three individual “controlled demolition” scenes. All these glorious implosions / explosions were created in a digital environment using various visual effects techniques.

Directed by:
M. Can Tanyeli

go back to works